Did you know that you can get the status of an Azure Load Balancer health probe through the Azure REST API? It looks a little something like this:

What we’re doing is using the Metric named “DipAvailability” which corresponds to the Portal display of “Health Probe Status”.

We then also apply a filter for “BackendIPAddress” so that it is clear the health count of each member; 100 equals 100% successful probes over the time frame. 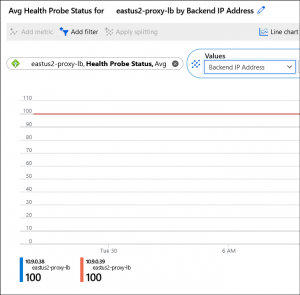 I’ve previously configured PRTG to call an Azure Function in order to get health status of Application Gateway, and I wanted to do the same thing here. However, this Function is a bit different, in that I’m not using native Az PowerShell module commands (because they don’t exist for this purpose that I could find) but instead calling the API directly.

Typically, you would authenticate against the REST API with a service principal, and create a request through a series of token-generation and client-grant generation actions.

I didn’t want to do this – it is something I will come back to, to ensure a full understanding of the Oauth flow, but for now I wanted something simpler, like I’ve used before with REST calls against Update Management.

This method I’ve used depends upon a PowerShell script called Get-AzCachedAccessToken that I’ve sourced from the Technet Gallery.

In this case, I needed my Azure Function, using it’s Managed Identity, to call that PowerShell script, use the cached access token to build a Bearer Token object, and pass it to the REST call to authenticate. I could embed the contents of that script into my Function, but that is not scalable nor clean code.

Instead, I can have the Azure Function load that script as a Module at startup, where it becomes available for all other Functions.

First, I take the Get-AzCachedAccessToken.ps1 file, and simply rename it as a *.psm1 file. This will get added to a “Modules” folder within the function (see below). I also found that I needed to find the profile.ps1 file for my function, and add the following:

You can add these files in a couple different ways. I have my Function developed within Visual Studio Code, and delivered through an Azure DevOps pipeline, which means the code sits in a repository where each function is a folder with a “run.ps1” and “function.json” file. Using the VS Code extension will build out the file framework for you.

Here is where I added the Module and modified the profile.ps1: 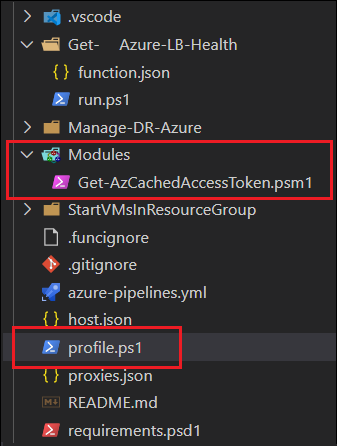 Then I use a pipeline task for “Deploy Azure Function App” to push my code within a release pipeline.

The alternative to this code-first approach, is to modify the required files in the Azure Portal.

First you find your Function App, and then scroll down to “Advanced Tools”: 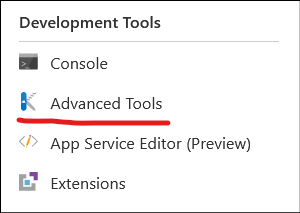 Click the “Go” link, and you’ll be taken to the Kudu Services page for your Function App.

Within the new window that opened, you can to choose Debug Console -> CMD: 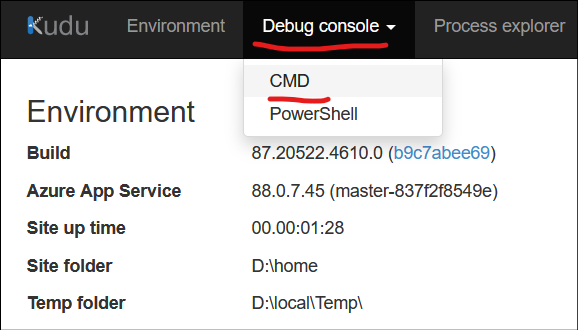 This will give you an in-browser display of the file system, where you can navigate to “site” -> “wwwroot”.

Here is where you want to create a new folder named Modules, and upload your *.psm1 file into. You’ll also find profiles.ps1 here which can be edited in the browser as well.

Once those modifications are complete, give your Function app a restart.

Within my PowerShell Function, I now can use the cmdlet Get-AzCachedAccessToken because it has been loaded as a module. I then take its output, add it to a Bearer variable which is passed as the Request Header, to authenticate against the API!

For this specific function, what I’m doing with the results are taking the timeseries result that is passed from the metric, bring it down to a 1 (if value is 100) or a 0 (if anything but 100) in order to re-use my PRTG custom lookups rather than building new ones:

See my other post about using PRTG to call an Azure Function for details on how I tie this result into a PRTG sensor.