This is something fairly simple and obvious, but wanted to note it down anyways.

I wanted to use the SonicWall site-to-site VPN feature called “Preempt Secondary Gateway” found on the Advanced tab of VPN properties: 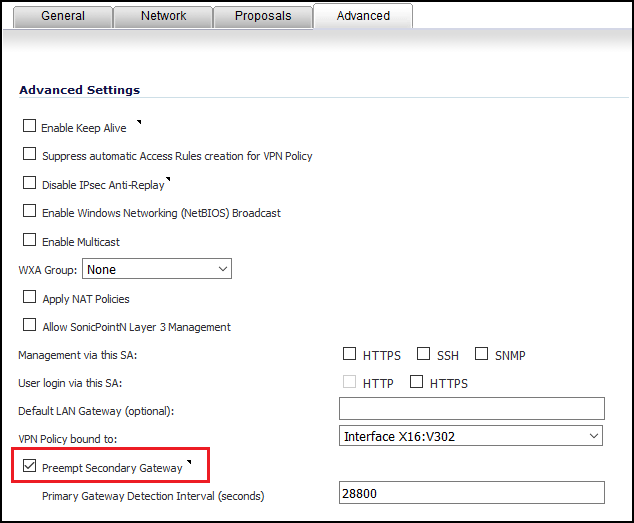 This is effectively VPN failback -if your primary goes down and then returns to service, the VPN will have been established on the secondary gateway and won’t renegotiate automatically back to the primary until the IKE lifetime expires. This can be a disadvantage in cases where the secondary gateway is a sub-par link or has metered bandwidth on it.

You will want to be careful with this setting however, if your primary has returned to service but isn’t stable – it could enable a renegotiation loop of your tunnel that would impact is availability.

I noticed on some VPNs this option was missing: 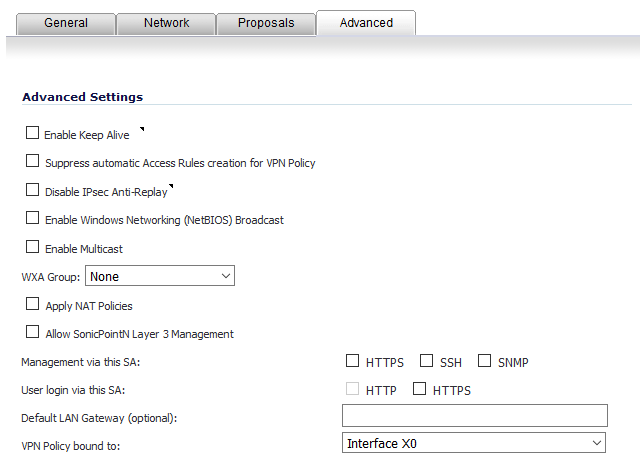 This is because a secondary gateway wasn’t specified; as soon as you define anything within that space (even 0.0.0.1) the option dynamically appears on the Advanced tab.